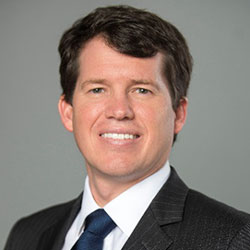 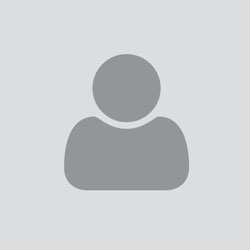 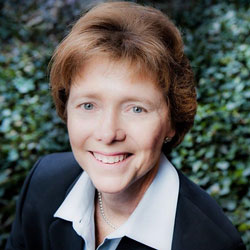 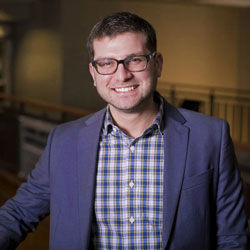 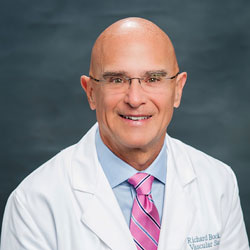 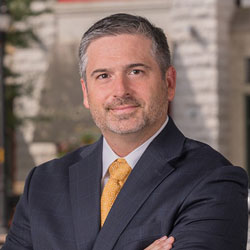 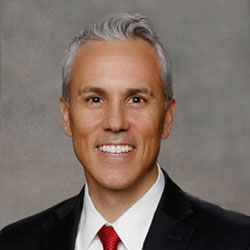 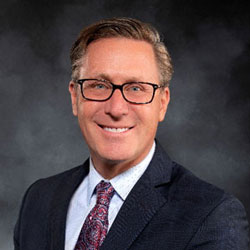 Erik’s career at HCA Healthcare and Special Assets Group started in 2011 after 10 years of prior experience in healthcare investment banking and corporate development; which included experience advising and leading investments, joint ventures and acquisitions within the healthcare industry.

Erik earned a bachelor’s degree in Economics and Masters in Business Administration from Wake Forest University. He serves on the HCA corporate campus application review committee for the HCA Hope Fund and is an active local volunteer with Room In The Inn.

Peter joined HCA Healthcare in 2018 after serving as CFO and consultant to several growth stage healthcare and technology companies. Previously, Peter was a co-founder and CFO of an urgent care company that was sold to an HCA affiliate, and prior to that spent 10 years in investment banking primarily advising healthcare services and consumer businesses on M&A and financing transactions.

Peter holds a bachelor’s degree in Business Administration from Emory University and lives in Nashville, Tennessee with his wife and two children.

While at Premier Inc., Stephanie grew the healthcare informatics business from $1 million to more than $100 million in revenue. She pioneered the development of Premier’s Perspective system, the largest clinical benchmarking database of its kind in the U.S. Prior to joining PeraHealth in March 2012, Stephanie was President of Performance Analytics at MedAssets, where she developed an enterprise strategy in clinical analytics. She also served as president of MedAssets’ Decision Support Services and led MedAssets’ data exhaust business and supply-chain technology integration and project management for the Broadlane (2010) acquisition.

Jeffrey Kaplan is the Director of Venture Asheville, an organization which serves as a catalyst for high-growth startups by building entrepreneurs and getting companies funded. In 2019, startups in Venture Asheville’s portfolio created over 100 new jobs, raised $4M investment dollars, and earned $14.5M in revenue in the local Asheville area. Additionally, Jeffrey is the local director of VentureSouth’s Angel Investment Group, the Asheville Angels.

Prior to leading Venture Asheville, Jeffrey earned his Master’s degree in Entrepreneurship and instructed in Entrepreneurship at the University of Florida. He is a published author in Entrepreneurship Pedagogy, launched and sold pet-tech startup Dogphrendly as an alumnus of the Groundwork Labs accelerator in Durham, and was Product Owner and Consultant in digital product development at Anthroware.

In the community, Jeffrey serves as Vice-Chairman on the Mountain Capital Community Fund, Board Member of the Hatch AVL Foundation, Board of Directors Member and Secretary of the Asheville JCC, and advisor to UNCA’s Center of Jewish Studies.

In 1995 Bock moved to Asheville to become founding director of the Mission Vascular Center. Soon after, he co-founded Carolina Vascular and, in 2004, Vein Specialists of Carolina Vascular. Richard served on Mission Health System's Board of Directors and its Executive and Finance committees from 2005 to 2015. He created the Mission Board Immersion Program, and his paper describing the program was published in the New England Journal of Medicine as its lead article in March, 2016.

During these years Dr. Bock also performed basic science, animal, and human clinical research, and in 2009 won a North Carolina Biotechnology Center grant for his work on vein disease.

Bock left Mission in 2015 to become Chief of Vascular Surgery at Novant Presbyterian Hospital, where he built a four-surgeon, tertiary vascular surgery program from scratch. After recruiting his successor, he returned to Asheville in July, 2019 to open his dream practice: the Asheville Vein Center, where he and his team provide high-quality, patient-centered care for the full spectrum of vein disease.

Ben Teague joined the Biltmore Farms team in 2018 as Vice President, Strategic Development after serving as the Executive Director of the Asheville-Buncombe County Economic Development Coalition (EDC) for more than nine years. His focus at Biltmore Farms is crafting and executing strategy to turn real estate and relationships into capital investment and jobs for the community. Throughout his career, he has placed more than 60 economic development projects and over $1.5 billion in capital investment in multiple states.

In 2017, he was named one of North America’s Top 50 Economic Developers by Consultant Connect and received Development Counselors International’s Top 40 Under 40 award. He led the Asheville-Buncombe County EDC team to become one of 50 Accredited Economic Development Organizations (AEDO) in the nation.

Appointed to Mission in April 2019, Lowe had previously served as chief executive officer of HCA Healthcare’s Chippenham and Johnston-Willis (CJW) hospitals, a two-campus system in Richmond, Va., since 2016.

Appointed to this role in April 2019, van Arkel has spent more than 23 years in leadership roles with HCA Healthcare. Throughout his healthcare career, he has served in a variety of financial and operational leadership roles.

Van Arkel earned his bachelor’s degree in Accounting from Stetson University in Florida and his MBA in Healthcare Administration from Western Governors University. He is also a Certified Public Accountant.